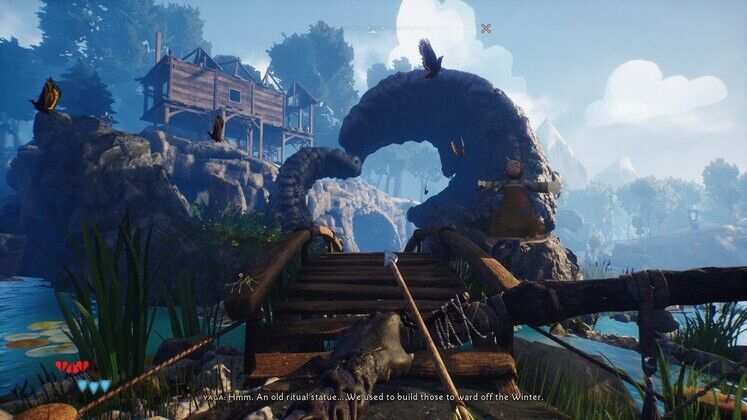 In the wake of The Witcher series’ success, there’s been a noticeable uptick in games utilizing Slavic folklore as a backdrop. Blacktail is the latest in that line, and it sets out to make a distinctive mark of its own by retelling the story of Baba Yaga’s origins.

Players are put in the modest shoes of a young girl called Yaga suffering through a tough time. She’s surviving off the land, and also dealing with the cruel voice in her head. Yaga has been accused of witchcraft and subsequently banished from her settlement. This will lead her down a path toward becoming the infamous legend of folklore known as Baba Yaga. What version of that Yaga becomes is up to you.

What Blacktail does well from the off is enforce its dark fairy tale world without going to the edgy edge. It’s a vibrant world of wonder and darkness that befits the glum magic at the heart of the story. That storytelling is arguably Blacktail’s strongest suit. It’s delivered in a slightly clunky manner, but its dark heart is in the right place. It gives you moral choices that determine the origin of what Yaga will become so the path needn’t be tragically sad. These choices also alter the skills that become available to Yaga, so there are extra incentives to go down a particular path beyond the story. 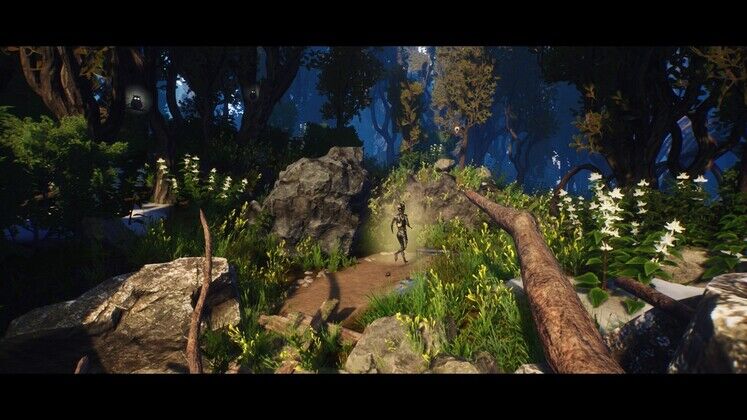 It’s a simple system at its heart that calls back to games such as Fable and importantly, it feels coherent and consistent in its application. It’s built into the world rather than simply slapped on to tick a box.

READ:  Silent but not so deadly: How the small M4A1-S nerfs have begun warping the CS:GO meta

Storytelling may be a focus, but it’s not the only string in Blacktail’s bow. The game has combat and light survival mechanics that reflect Yaga’s exiled life in the forest. Yaga has a bow and arrow for hunting, but can use it to take out some of the nastier creatures as well. In order to keep it stocked with arrows, Yaga needs to gather sticks and feathers so she can craft them She is also able to collect ingredients for healing salves to counteract any effects the hostile wildlife has on Yaga. Even when Yaga must kill deer to eat, she thanks the deer for its sacrifice. It’s a more measured take on survival. At least in the early going when threats are relatively minimal.

The combat is functional. The bow and arrow combo has been done so often by now that it dulls its impact somewhat, but I like the context Blacktail uses it. It’s as much a tool for survival as it is a weapon, and the morality system helps stay your hand and avoid it becoming a monotone activity. For instance, animals can get trapped in some of the weirdo plantlife in the forest and the natural game reaction is to shoot them open, but here, that kills the animal inside. So instead, you can approach the plant and free the animal manually. The bow gets plenty of use, but it’s nice that developer The Parasight has put something into the makeup of Blacktail that makes you consider its use.

The bow, alongside a gauntlet, gains magical abilities as the game progresses, with elemental attacks slotting into Yaga’s arsenal as the threats escalate and she is no longer just living to survive, but actively changing herself to combat the mistakes of her past.

The biggest threats Yaga faces are manifestations of that past. These spirits act as boss fights and Yaga utilizes her arsenal in different ways to vanquish them. These fights make for nice asides from the meat and potatoes of the game’s exploration and survival, even if they are generally just arena battles. 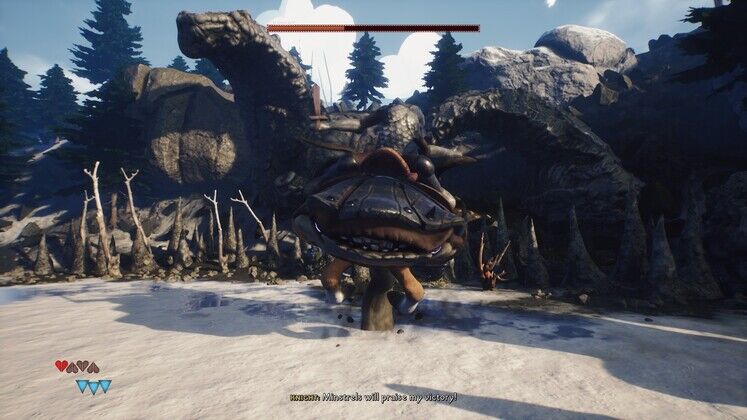 This mushroom-riding Knight is the first boss you’ll encounter

The character design in Blacktail goes a long way to making these encounters stand out in a way. There’s an almost glowy softness to the dark and dangerous denizens of the forest that lends them a proper fairy tale feel. The visual style of Blacktail is generally like that. A cartoonish, colorful crust that betrays the sinister substance underneath.

I really appreciate the mixture of storytelling, survival, and combat that Blacktail offers. It’s not exemplary in any one department, but the combined might of these assets makes for a strong cohesive whole. Blacktail has enough style and narrative substance to rise above its rather shallow mechanics, and I actually think it benefits from not being overly cluttered for the sake of padding its playtime. It’s a better adventure game than it is a survival game, yet the smattering of both things Blacktail has makes for a good time. 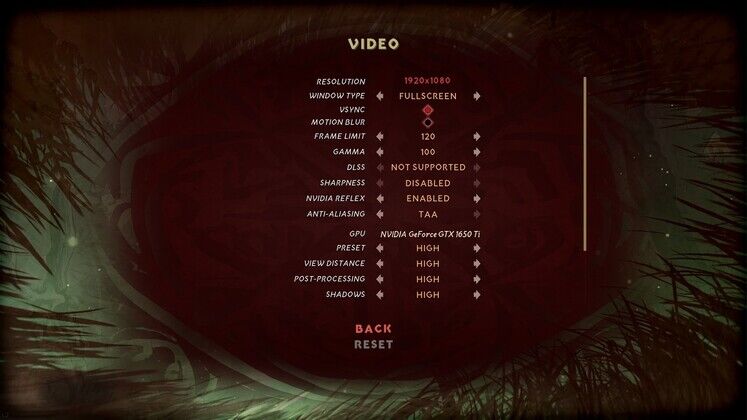 The art style of Blacktail seems to help the game’s fairly open environments running to a decent standard. It also scales quite well. 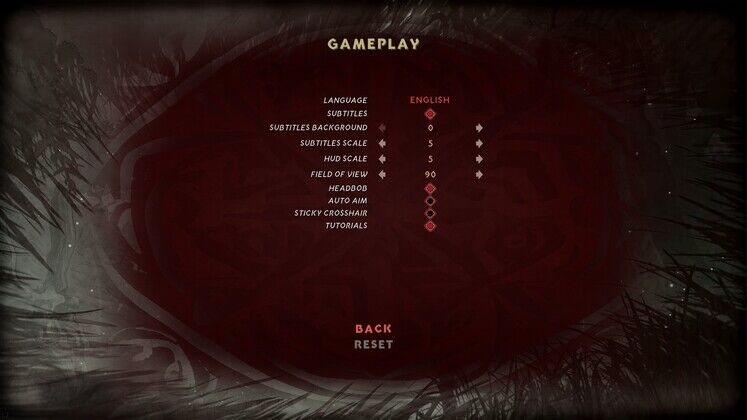 The usual suspects, but there is a mode that allows you to focus more on the story than the survival and combat.

Blacktail isn’t going for revolutionary status, and most of the things it does do are slight by comparison to the hitmakers of the genres it inhabits, but as a package, it’s a delightfully dark fairy tale-infused adventure that keeps you invested throughout.

Aiding a talking ant queen in her war against humanity.